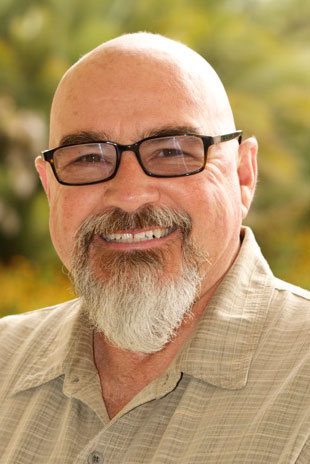 Southern California native Brian Whitbread knows a thing or two about perseverance and adaptability. An eager student and sports enthusiast, Brian attended Tustin High School where he played sports, including track and field, football and swimming. After graduating in 1969, Brian enrolled at Saddleback Community College where he majored in history and continued to play football. He did the same at Santa Clara University where he earned his bachelor’s degree. He then began the arduous task of finding a full-time teaching position.

After five years of part-time teaching and no offers of full-time employment, Brian was forced to subsidize his teaching and took on construction work. To increase his chances of obtaining a tenure-track position, Brian enrolled at UC Irvine and earned a secondary teaching credential. Along the way, he also coached football for Tustin High and University High in Orange County.

Shifting gears and long fascinated by crime scene investigation, Brian weighed his options and returned to school in 1973 and obtained a master’s degree in forensic sciences at National University. He then applied at the Orange County Sheriff’s Department.

Brian attended the rigorous sheriff's academy that functioned much like the U.S. Marine Corps boot camp. “It was designated as a ‘high stress’ academy to see if you could take emotional and physical abuse,” he said. After successfully maneuvering the academy, Brian became a sworn Orange Country Deputy Sheriff. Still intent on realizing his passion, he took a leap of faith.

Brian transferred to the Oceanside Police Department, working in the patrol division as a uniformed crime investigator (UCI) processing crime scenes, and pulling double duty as a detective. “This is where my forensic degree paid off,” said Brian.

Eager for more challenges, Brian transferred to the General Investigations Division at the San Diego County District Attorney’s (DA) Office as a criminal and supervising investigator. As a result of 9/11, Brian and his team were assigned to the FBI’s Joint Terrorism Task Force, under the direction of Supervisor/Coordinator Pat Connolly, who would later teach at MiraCosta College and lead the Administration of Justice Department.

Still determined to try his luck at teaching, in 1987, Brian joined Pat at MiraCosta College and taught in the Administration of Justice department as a part-time instructor. All the while Brian remained active in law enforcement. Climbing that ladder, Brian attended the FBI National Academy at the University of Virginia in 2006.

Re-assigned to the DA’s Gang Unit in San Diego County, Brian transferred to the Fugitive Task Force operated by the U.S. Marshalls and served for three years as supervisor of the Regional Auto Theft Task Force. Brian retired from law enforcement in 2010 after 29 years, and continues to teach part-time at MiraCosta College.

For people who want to enter law enforcement, Brian has great advice, “Clean up your personal life, research where you want to go, and don’t give up. Look at your oath, read it and become familiar with the Constitution and Bill of Rights - those are the standards that you are held to.”