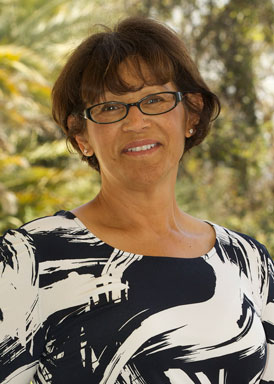 As a single mother, Eunice Molina worked two jobs for nearly 20 years to support herself and her four children. Today, Molina is back in school and on her way to earning a bachelor’s degree.

Molina was one of the hundreds of students awarded with grants and scholarships totaling more than $360,000 at MiraCosta College’s 2015 Annual Scholarship Award Celebration.

“When I received my first scholarship, it became real,” said Molina, who believes accomplishing her educational goals would not be possible without the support of scholarships. “It led me to become more dedicated, devoted and accountable because I wanted to put the scholarship money to good use and make the donor proud.”

A sociology major, Molina has come a long way after experiencing the untimely death of her oldest son in 2012. Though advised to take a few semesters off to grieve, Molina continued to attend college.

“School became my refuge after my son’s death,” said Molina. “For awhile, it was the only reason I got up in the morning. Later on, I realized what I am truly capable of and with the help of MiraCosta, I survived.”

Molina has not only has capitalized on the programs and services MiraCosta College offers its students, she also has given back. She is employed as a student worker in the Financial Aid Office and is a member and vice president of scholarships for the honor society, Phi Theta Kappa. She serves as an advocate for scholarships and has hosted seminars to help students become aware of scholarships.

Molina transferred to Cal State San Marcos upon earning her associate in arts degree in May 2015, and has plans to work in the medical field.