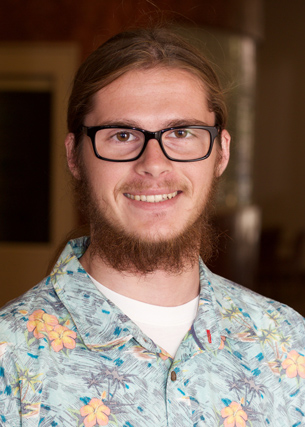 Being homeschooled since he was a young child, Logan Heath was always at the top of his class. The support he received after enrolling at MiraCosta College ensured that wouldn’t change as he pursued his education.

Heath graduates May 26 as a recipient of the Medal of Honor, MiraCosta College’s highest academic award. He leaves with an associate degree in mathematics and a 4.0 grade point average – and an acceptance letter to UC Berkeley, where he will major in mathematics with a minor in logic. His long-term goals include a master’s degree or Ph.D. in math and a career as a math professor – perhaps at MiraCosta College.

“I could definitely see myself working as a math professor at MiraCosta someday,” Heath said. “It’s a wonderful campus and a great school in a beautiful area.”

He’s getting a good start. Heath has been getting positive reviews helping students understand the concepts behind calculus and trigonometry as a math coach in the Math Learning Center (MLC) at the Oceanside Campus.

“Working in the tutoring center allows me see how MiraCosta is doing such a good job in helping students succeed, especially in a challenging subject that can give some students trouble like math or physics,” said Heath, whose younger sister also attends the college. “The support services here are excellent.”

“I have seen many examples of Logan’s talent and have been impressed by his diligence and work ethic,” said mathematics professor Dr. Lemee Nakamura. “He is an exceptional student who shows initiative and creativity, as well as a mathematical maturity unusual for student at that level.  I have never met a student whose eyes would light up at every topic of mathematics that he was introduced to. As a former mathematics researcher, I believe that learning and appreciating mathematics requires creativity, analytical, organizational and critical reasoning skills, and most importantly, a passion for learning. Logan has demonstrated all of the above while he was taking my classes and with mastery of the subject.”

For Heath, attending MiraCosta College was a no-brainer.

Born in San Luis Obispo but raised most of his life in the Oceanside-Carlsbad area, Heath was homeschooled and earned his high school diploma in 2013. He enrolled at MiraCosta that fall.

“When I graduated from high school, I really didn’t know what I wanted to do,” he said. “So MiraCosta College was a natural choice. It was close. It was affordable. And it allowed me time to explore my options. It just made sense.”

Heath started took only a couple courses in the fall, and sat out the following spring semester to ponder his options, before returning in the fall of 2014 with a full schedule of courses that included calculus, political science and English. The turning point came through his second semester calculus course when he began to discover his love of mathematics.

“I had a couple of great math professors, Dr. Zika Perovic and Dr. Lemee Nakamura, who inspired me to take a closer look at mathematics, and I just came to like the puzzles behind these problems,” he said. “The beauty and the logic, the philosophy and science, it all comes together with mathematics.”

Added Heath: “The instructors here have been phenomenal. They’re personable, they talk to you, and they help you along.”