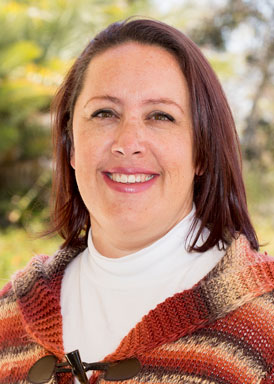 2015 Nursing graduate Tara Ponsot began her college journey more than two decades ago. After only 2 semesters, Ponsot left school to work full-time and take care of her daughter as a single mother. In 2007, enrolled to restart her college career at MiraCosta College.

“I chose MiraCosta because of the great reputation of the college’s nursing program,” said Ponsot.

“The program can be intense, but the instructors always found ways to make class fun,” said Ponsot. “Making learning fun was so pivotal to my success.”

After eight years of hard work, Ponsot graduated with an associate in science degree in Nursing and plans on obtaining her  Bachelor of Science in Nursing (BSN) while working as a nurse specializing in mental health. Ponsot is also a Medal of Honor recipient—the college’s highest academic honor.