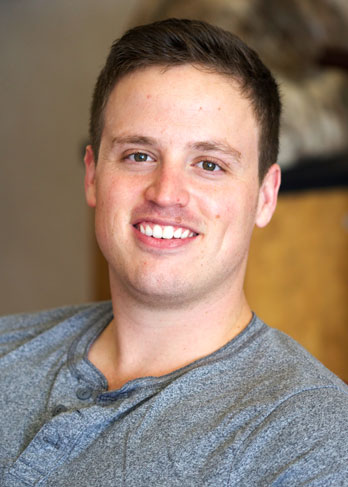 In fact, when he graduated from San Dieguito High School Academy and was accepted into a couple of California State University campuses, Buster opted to begin his higher education journey at MiraCosta College instead.

“I had a different perspective on life at the time and I really needed to figure out what I wanted to do,” Buster said. “MiraCosta was a great place to start that journey.”

And what a journey it’s been. Buster’s two years at MiraCosta College included involvement with the Business Club, the Student Ambassador Program, and Associated Student Government (ASG). As ASG president in 2008-2009, Buster helped involve the college in RecycleMania, a nationwide contest for college and university recycling programs. MiraCosta College ended up taking ninth place overall, beating larger schools such as Harvard University and UC Berkeley.

“It sharpened my leadership skills which has proven valuable and propelled me to where I am now,” said Buster, referring to his experience at MiraCosta College.

Buster also had a solid academic record. Recognitions included being named to the Phi Theta Kappa All-California Team and a Coca-Cola Scholar, in addition to the Medal of Honor, the college’s highest academic award.

In 2009, Buster earned an associate degree in university studies: business administration. He transferred to UC Berkeley, one of the top public universities in the country, and graduated two years later with two bachelor degrees - in business administration and political economy. “I was told by different counselors I was crazy for taking ten classes in one semester when the average was four,” he said. “I actually did the best the semester I took all those units.”

Today, Buster works as a financial analyst in the Student Services division at UC Berkeley. “It’s cool because the skills I gained as ASG president are quite similar to student services; and with that, I am able to succeed and thrive in the job I have now,” he said.

In addition to a full-time job, Buster also runs University Incubator, a nonprofit that supports student entrepreneurship. “I found a lot of students were graduating, but weren’t able to find jobs,” Buster said. “Then they have thousands of dollars worth of debt, so we try to provide safety nets for students by experimenting with entrepreneurship within the comforts of school.”

He traveled to Washington, D.C. to receive the Congressional Award. The award for young Americans established by Congress, recognizes the setting and meeting of goals in four program areas: public service, personal development, physical fitness, and expedition/exploration. Only 267 Congressional Awards were presented this year.

What’s more, his visit included a special dinner reception and official ceremony where he met House Minority Leader Nancy Pelosi (D-CA), who presented him with a Gold Medal. He also met with U.S. Sen. Barbara Boxer.

Buster doesn’t believe any of this would have been possible without MiraCosta College.

“MiraCosta gives a good bridge between discovering yourself and giving your life direction,” he said. “Underneath all that, you also have a safety net consisting of great staff and faculty to help you achieve your goals—we’re ‘Mira-Cozy’ after all.”