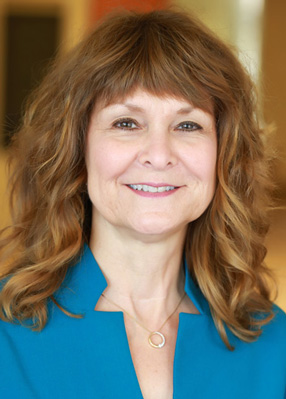 Dr. Diane Dieckmeyer is a product of the community college system. And for more than a decade, she’s been doing what she can to ensure future generations have access to the same high-quality educational experiences she did.

Dieckmeyer attended colleges in Chula Vista and Riverside before earning a doctorate in community college leadership and transitioning to the post of vice president of academic affairs at Norco College. She began her latest chapter when she became vice president of instructional services at MiraCosta College, effective July 1.

“The California Community Colleges system plays such a vital role in transforming lives throughout the state, and the opportunity to work for such a great president at MiraCosta and move to an amazing college that is so highly regarded was just too good to pass up,” said Dieckmeyer, a fierce advocate of ensuring students are getting the help and guidance they need to reach their educational goals. “I’m really looking forward to collaborating with the faculty and staff here in doing the absolute best we can for our students.”

Dieckmeyer takes over what is among the most vital positions at the college, one that oversees all MiraCosta’s academic programs, including curriculum, career education and training, and student success effort.

“As a former community college student, instructor and academic affairs administrator, Diane brings a wealth of experience to her role as vice president of instructional services, and we are excited to have her collaborative energy and dedication to student success on our leadership team,” Cooke said.

Born in the south Texas town of Mercedes and raised for much of her life in Chula Vista, Dieckmeyer did what more than 2 million students choose to do each year: she enrolled at a California community college – in her case, Southwestern. After marrying at the age of 19, she and her new husband moved to the Inland Empire and Dieckmeyer continued her studies at Riverside City College. She also worked a variety of jobs to help pay for her education and her living costs.

“I groomed expensive show dogs, I cleaned houses, I was a waitress, I worked as a dishwasher, and I was a paralegal,” Dieckmeyer said. “I was the typical community college student working hard to survive.”

Dieckmeyer’s initial plans were aimed at becoming a social worker, but she transferred to UC Riverside with an eye on becoming a teacher instead. After earning her bachelor’s degree in human development, Dieckmeyer began her career teaching in the Jurupa Unified School District just west of Riverside.

Fourteen years later, and after earning a master’s degree in education, she took a job as an associate faculty member at Riverside City College – a job that turned into a full-time, temporary position with the Communications Studies Department. That was followed with a full-time, tenure-track position in the Communications Studies Department at what was then known as the Norco Campus of the Riverside Community College District.

“I loved teaching and I loved being tenured faculty and I became very involved with the college,” Dieckmeyer said, noting that her posts included secretary/treasurer of the Norco campus’s Academic Senate. “At the time, I had no intention of becoming a community college administrator. But I was faculty and I was leading, so I thought it would be a good idea to get an Ed.D. in community college leadership.”

Shortly after she earned her doctorate at USC, the dean of instruction position opened up, and Dieckmeyer landed the post. That was in 2007. Three years later, she became vice president of academic affairs, the first year and a half on an interim basis.

Her biggest accomplishment at Norco? Leading a team that secured the accreditation needed that transformed the former satellite campus into the state’s 112th community college (there are now 114).

“It was an amazing experience to be part of the college’s first accreditation,” Dieckmeyer said. “There were so many people who put in so much hard work.”

Accreditation wasn’t the only milestone. Norco College, which under Dieckmeyer’s direction launched a “Completion Initiative” two years ago to boost the percentage of students earning a degree or certificate, recently became just one of 20 community colleges chosen to participate in a California Guided Pathways Project. MiraCosta College was another.

“For too long there were too many people at the college level with the attitude that, ‘Hey, you’re a college student, you’re an adult. You came here. You figure out what you need to graduate. Well, what happened was the graduation rates fell far short of where they should be. A lot of these students are the first in their family to attend college. They have no clue what they’re supposed to do once they arrive on campus. It’s like going to the Cheesecake Factory. They give you a menu that’s bigger than a book. It takes you 45 minutes to figure out what to order. Imagine what it’s like for a first-generation college student trying to navigate through a class schedule, unsure of what they may want to do or what it takes to complete a degree, certificate or job-training program. We have to do better. That’s what Guided Pathways is all about. Providing students with the support and guidance that will get them to where they want to go.”

“Diane is a strategic, collaborative powerhouse,” Green said. “She and I have spent countless hours working on projects designed to move the needle in student equity and success, and I can attest to her passion for supporting students and her integrity in working with staff and faculty. Diane is a joy to work with and MiraCosta College is so very fortunate to have someone of her caliber working on the MiraCosta College team.”